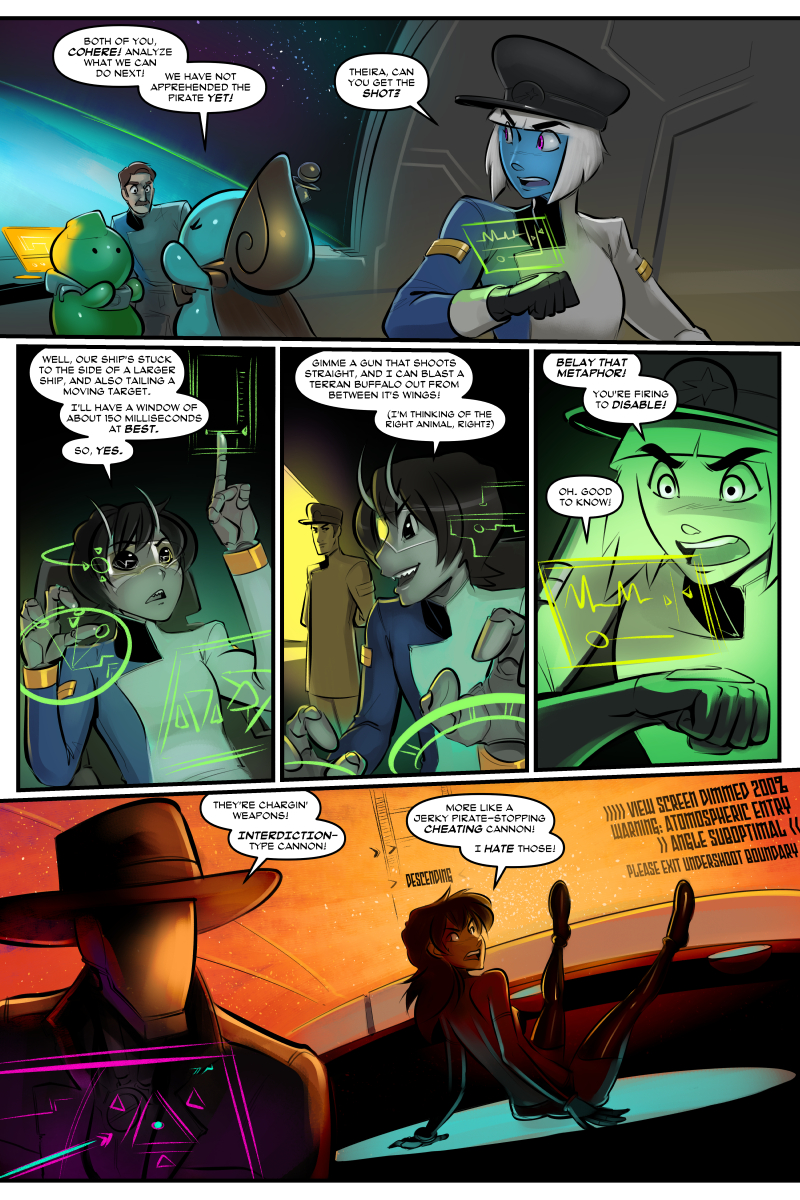 Never mind that this implies a weird degree of parallel evolution on different planets (that's a trope we all lean on just to have humanoid aliens), it just feels really unnecessary... and is probably prone to inaccuracy if the character is just not that great at xenobiology. Or you could really mess up when talking about if you make assumptions, like Theira did here – she's a meat-eater on a crew of humans and part-humans, so she's probably tried buffalo wings, and naturally assumes from their size that the buffalo is a pretty small animal which flies, and is therefore hard to shoot. Clearly Oregon Trail is not one of her preferred "vid-games."

Talk about getting this one in under the wire! Both Gun and I gotta go to work!

And yet... somehow... through it all... I still managed to get a new Iron Banner Chest Piece for an Alt character that's been lagging behind my main.