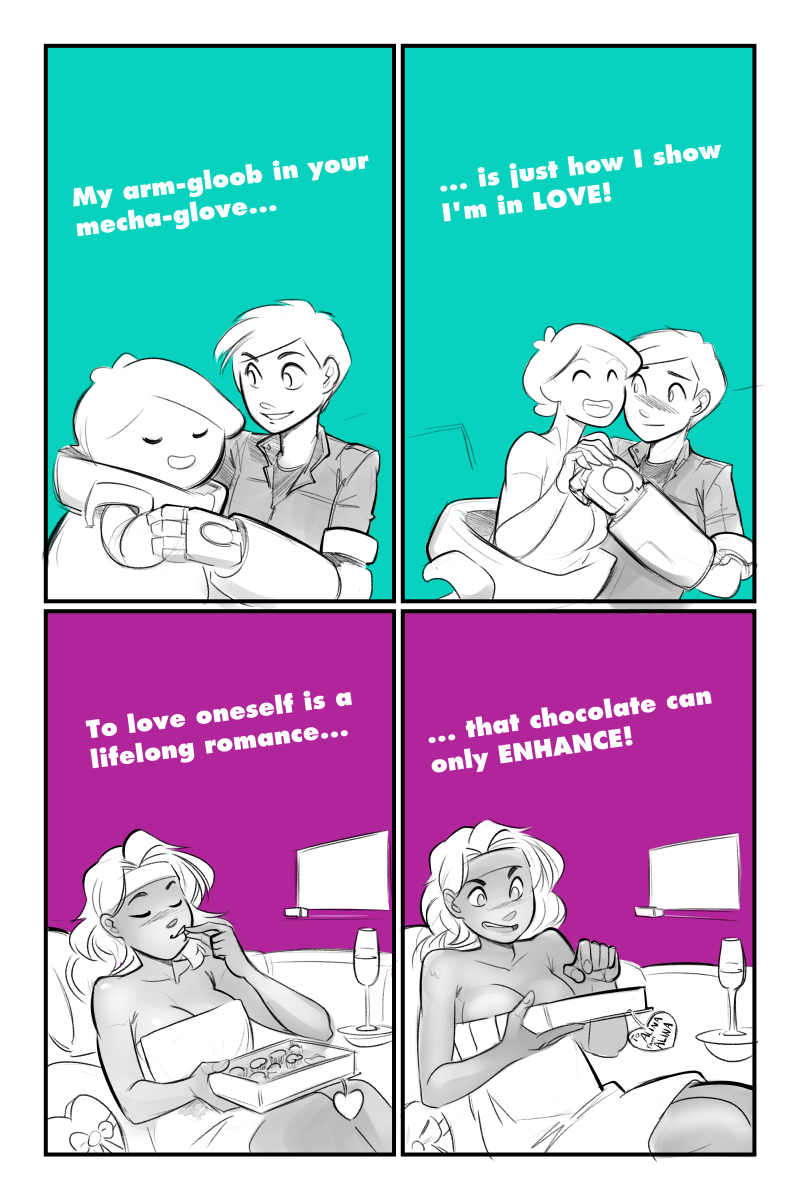 Here's a webcomic that you probably already know about (but I'm gonna recommend anyway), Let's Speak English by Mary Cagle! I think you'll love it! Y'know? Love? Right? 'Cause of the holiday? Yeah. Look, if you're like me and are a total mark for cross-cultural comedy, go there and start reading now.

Anyway, I finally finished the first Black Company book (had to stop for a while to read a lot of comics I was loaned). It definitely picked up for me around the middle, although there was enough bleak "armies are killed horribly" stuff that I can't say I'd recommend it for most fantasy readers. No, not even supposedly-hardened Song of Ice and Fire fans. I'm certainly gonna read the next one, though, being that I received the trilogy in one volume.

Well, I mean I'll read it after I get through The Reluctant Assassin by Eoin Colfer, which I also got for Christmas (I haven't read a physical novel in like eight months, that'll be weird to go back to). I'm doing my best to avoid expecting it to be like Artemis Fowl. Really, I am. Trying to be fair, here!

Normal pages resume on Tuesday with one I think you'll really dig, as it has action and shooting and such. And... the tables turning? Maybe? See you then!

Ya know, I used to care about Valentines Day for reasons that seem less relevant now. I'm too damn busy drawing damnit. I'm happy to have the kind of career where when I hear people say they're going to take a week off, and I can't really imagine it anymore.

I do have time off of course for mental health, but just taking a regular holiday is less and less appealing to me.

The more steady I work, the more comfortable I am. And though it can be tough, and it can be stressful, and I miss out on a lot of cool stuff. There really are less and less things I'd rather be doing.

Except the weekly nightfall in Destiny. I can't WAIT for new Raid gear either!